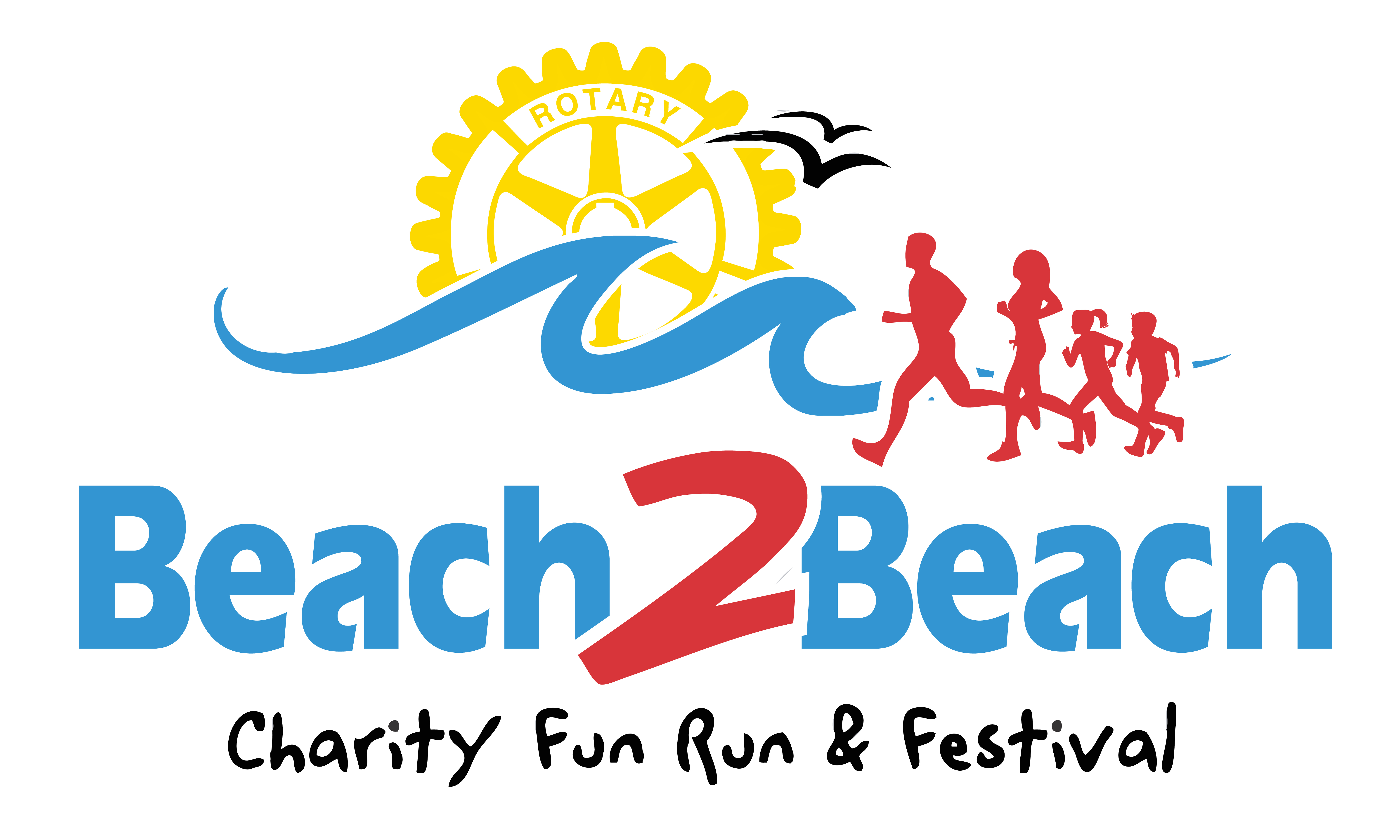 On Sunday August 28th this year, the iconic Beach2Beach Charity Fun Run and Festival celebrates its 28th year of raising much needed funds for worthy local charities on Sydney’s Northern Beaches. Organised by the Rotary Club of Brookvale, over those 28 years, the event has raised over $3.5 million dollars for wonderful organisations including Life Education Australia, Northern Beaches Interchange (NBI), Surf Life Saving Northern Beaches, Without A Ribbon, Bear Cottage, OneEighty and Sunnyfield. The event has three course options, catering for everyone from serious runners to families – 13km from Dee Why Beach to Newport Beach; 6km from Warriewood to Newport Beach; and 3km from Mona Vale to Newport Beach. This is undoubtedly Sydney’s most scenic fun run, taking in many of the spectacularly beautiful Northern Beaches. A huge Family Festival is held at the Newport Beach finish line with live music, a licensed bar area, international food options and plenty of fun rides and games for the kids.

Background – where it all started

Initiated by Hotel Proprietor Mark Bayfield and his family, the original Pub2Pub route ran between the family’s Dee Why Hotel, along Pittwater Road, to what was then The Newport Arms. “The Bayfield Family is very proud that the Beach2Beach is a major legacy we’ve left on the Northern Beaches, embraced by the community every year and raising much needed funds for some vitally important charities. “I’m extremely pleased that over the last decade, Brookvale Rotary has made it their major fundraising event and that the Beach2Beach was ‘reborn’ with the help of Cameron Bayfield, by introducing an amazing coastal course to avoid any main roads issues. “Our whole family looks forward to seeing the Beach2Beach continue for many years to come. It will be nice to be able to tell the grandkids why they’re running in their 1st Beach2Beach in years to come.” – Mark Bayfield, Race Founder

The Beach2Beach Team is led by a group of passionate Brookvale Rotarians who believe this event is a great way to give back to those less fortunate, while hosting the most popular participation event on the northern beaches. The whole Team volunteers both time and skills with no financial benefit to themselves, some working all year round to ensure a successful annual event. The Beach2Beach / Rotary Club of Brookvale relationship was initiated by Michael Olofinsky who was instrumental in evolving the event to its great standard today. For the last few years, organisers Phil Jackson and Robert van Geest have worked alongside an incredibly enthusiastic team, who make the Beach2Beach so successful.

The aim of the Rotary Club of Brookvale is for 100% of your registration fees to go back to local and other needy charities and service organisations. We are blessed with some generous sponsors who cover the necessary overheads involved with such an event.

Where will your contribution go this year?

Get involved with Rotary

Feel like it’s time to give something back to your community and those less fortunate? Want to meet like-minded business people? Join Rotary of Brookvale. We meet for lunch each Thursday, except in the last week of the month when we meet on Wednesdays at 6:30pm. While members are encouraged to attend meetings on a regular basis, we do recognise that everyone has commitments other than Rotary and therefore do not insist on attendance at every meeting. To find out more about our Club and how you can become involved, please contact us on rotarybrookvale@gmail.com

Rotary’s worldwide credentials show that we get things done… and not just through donations. One good example is a little girl in New Guinea who desperately needed an operation to repair a hole in her heart. Rotary Club of Brookvale organised flights, surgeons and accommodation, which resulted in saving this young girl’s life. Similarly, we’ve twice sent a team across to Koroipita Village in Fiji to help significantly improve life of many homeless Fijians. Rotary International has been entrusted with donations of close to half a billion dollars from the Bill and Melinda Gates Foundation to help eradicate Polio worldwide.